As soon as Intex and Spice had launched their new feature phones in the Indian Market , I wanted to purchase them for getting my hands on the new Firefox OS but at the same time their limited hardware refrained me from doing so.. hence, I started looking for Firefox OS Emulator for PC , and found that configuring the Firefox OS simulator for testing and checking Firefox OS is really quite Simple! So, in this tutorial I will cover all you need to do for Installation / Setup Firefox OS Simulator on PC , And let me tell you all we require is a Firefox browser for PC – So this tutorial will work for PC as well as Mac , practically any OS – Mac OS, Linux (Ubuntu, Fedora etc) ,Windows XP /7/8/9 all.. 🙂

Prerequisites –
Mozilla Firefox 33 (Can work on Previous versions too 26 and later, but its really quite simple to configure and use in 33).

This will be our ‘base’ for running the Firefox OS Emulator/Simulator , at the time of writing this article Firefox 33 is in beta, but i have tested it and everything works simply fine! also i will update the links as soon as the Final version becomes available. So first let’s Download and install Firefox Browser 33 from these links according to the OS installed –

Step 2. Navigating to the App Manager 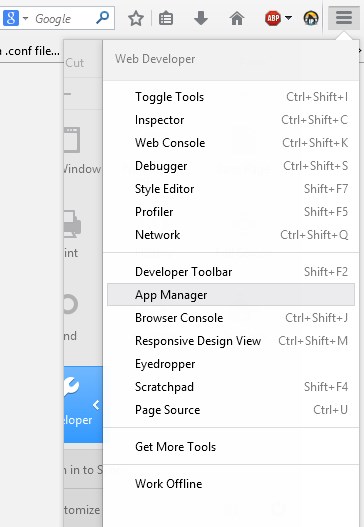 App Manager is the one-stop destination for Coding  as well as testing Firefox Apps , its been launched from the Firefox Version 33, to Access Manager Perform the Steps below –
Go to Menu -> Developer -> in the list which appears select App Manager as shown in the alongside image – 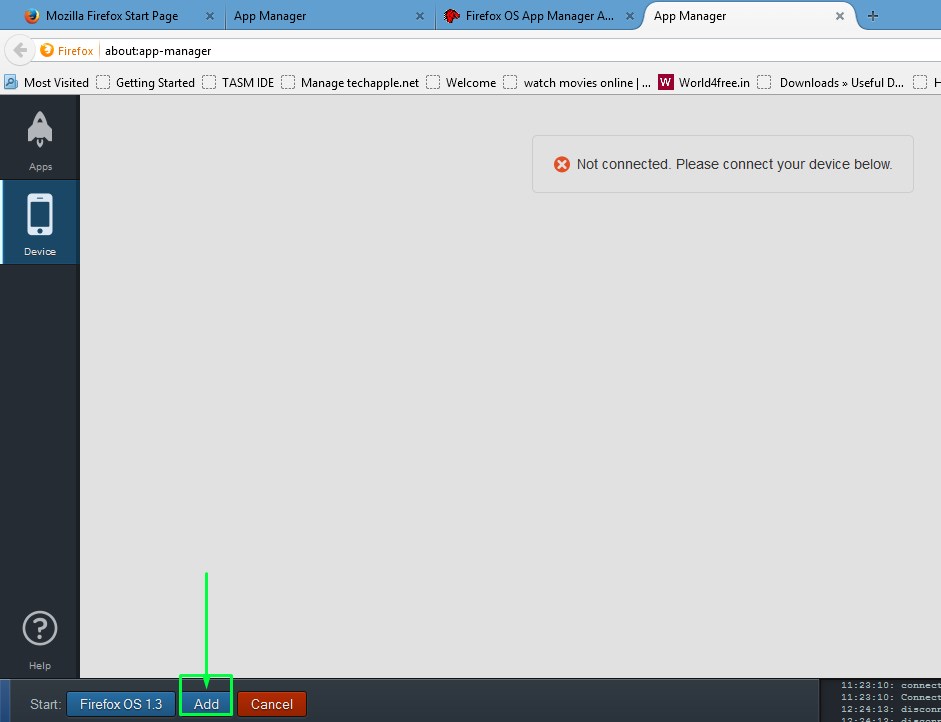 After clicking on the Add button you will be redirected to a webpage , there click on the “Install Simulator” button as shown below –

After clicking on install Simulator , you will be redirected to the Version select page of App-Manager helper, asking you to select the version of Firefox OS you want to install , here select the Firefox OS version you would like to emulate, in my case i selected v 1.3 as it was the latest Stable release shown in the image below – 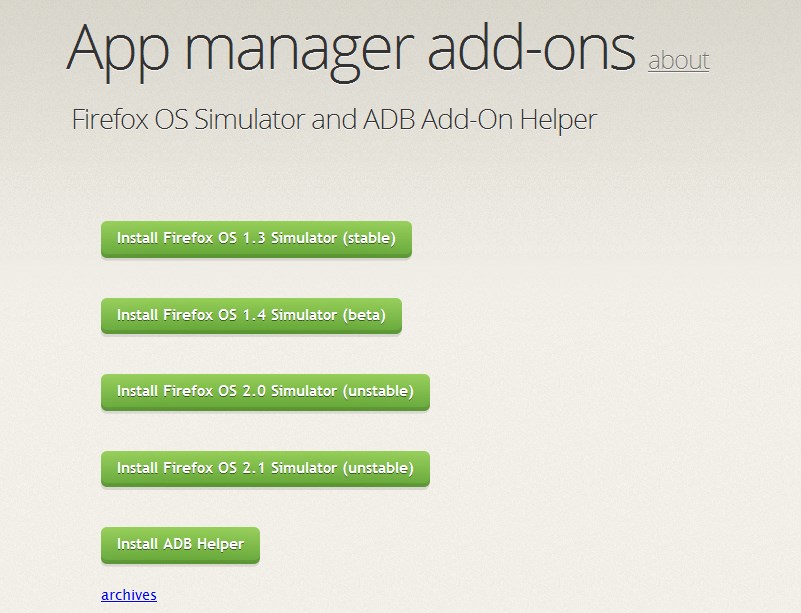 Step 4 . Going to the App Manager after add-on installed , and running the Emulated device

That’s it you have installed your own Firefox Emulator to run and Install Firefox OS , you can browse through the UI by swiping while pressing the left-mouse click , just as in Android Menu. also the deviee automatically takes the Internet Connection of your Computer, So you can start Installing and Running Firefox OS Apps, right through the Firefox App Marketplace present in the Emulated Device itself 🙂

Here’s a Screenshot of my Emulated device in action , its in-built Music app,automatically detected Songs from my PC’s Music library and i was able to play them from the device itself – 🙂 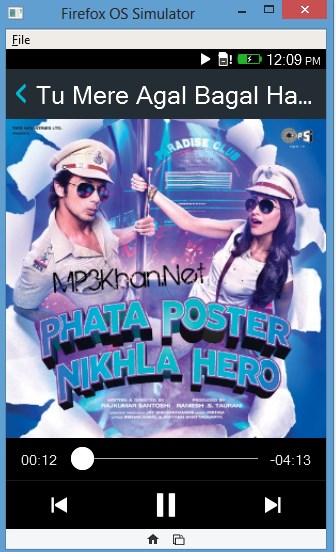 So, just play around and do tell us What you think about the OS, also if you have any problem in configuring/installing the Firefox OS Simulator feel free to comment 🙂