Many times we need to install apps which are not present on the Apple Mac OS X Store. In such cases we either download the app from external sources on the web. These apps prompt errors such as”app can’t be opened because it is from an unidentified developer” when we try to install them. In this tutorial we will show you two ways to Open & install Applications or Programs from Unidentified Developer in Mac OS X. This method has been tried & tested on Mountain Line, Mavericks, Yosemite as well as El Capitano too. 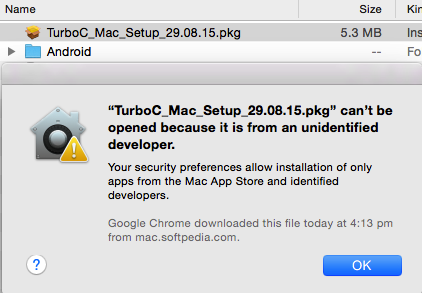 Geeky Note – All Apps for Mac OS X need to be signed by Apple which is a paid process, and all developers cannot afford them. Hence, they directly distribute their app packages which are marked as “unidentified” by Apple. Please do check the App Source before you trust your downloaded app/Program.

Previous Article
How to Capture 3D Photos on iPhone & iPad by Fyuse App!
Next Article
How to Easily Install Apps from .dmg files in your Mac OS X (Macbook & iMac)